What is the overall performance of the four-column hydraulic press machine update iteration? 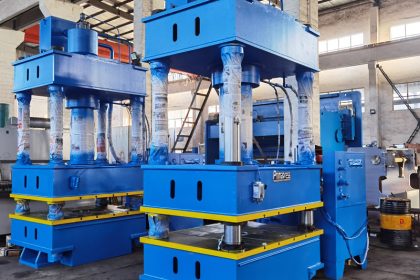 What is the overall performance of the four-column hydraulic press machine update iteration?

Four-column hydraulic press machineis a kind of mechanical equipment that uses the static pressure of the hydraulic oil delivered by an oil pump to process metal, plastic, rubber, wood, powder and other products. Its principle is to use Pascal’s law to apply hydraulic pressure transmission machinery, and there are many varieties. Of course, the usefulness is also diverse according to needs.

2. In the automotive industry, aviation, aerospace and other fields, reducing structural quality to save energy during operation is a long-term goal that people pursue, and it is also one of the trends in the development of advanced manufacturing technology. Hydroforming is an advanced manufacturing technology to complete the lightweight construction.

3, hydroforming is also called “internal high pressure forming”. Its basic principle is to use a tube as a blank, and at the same time apply ultra-high pressure liquid inside the tube, apply axial thrust to both ends of the tube to stop feeding. In this situation, we also request a very high precision for the four-column hydraulic press. Under the combined action of the two external forces, the tube blank material undergoes plastic deformation, and finally fits with the inner wall of the mold cavity to obtain a shape and accuracy that meet the technical requirements. Hollow parts

Compared with the stamping and welding process, the hydroforming technology and process have the following main advantages:

1. Reduce quality and save data. For typical parts such as automobile engine brackets and radiator brackets, the hydroformed parts of the four-column hydraulic press machineare 20%-40% lighter than the stamping parts; for hollow stepped shaft parts, the weight can be reduced by 40%-50%.

2. Improve strength and rigidity, especially fatigue strength. For example, a hydro-formed radiator bracket can increase its rigidity by 39% in the vertical direction and 50% in the degree direction.

3. Reduce the number of parts and molds, and reduce mold costs. Hydroformed parts usually only require one set of molds, while most stamping parts require multiple sets of molds.

4. It can reduce the amount of welding for subsequent machining and assembly. Take the radiator bracket as an example, the heat dissipation area has increased by 43%, the number of solder joints has been reduced from 174 to 20, the number of processes has been reduced from 13 to 6, and the consumption rate has increased by 66%.

According to the current domestic development method, four-column hydraulic press machinemanufacturers can only reduce consumption costs. According to the statistical analysis of the applied hydroformed parts, the consumption cost of hydroformed parts is evenly reduced by 15%-20% compared with stamping parts, and the mold cost is reduced by 20%-30%.

1. If not handled properly, the leakage will not only pollute the site, but also cause accidents.

2, the manufacturing precision of hydraulic components is required to be higher

3. Due to the leakage of the liquid medium and the impact of shrinkage, a strict transmission ratio cannot be obtained.

4. The operation and maintenance request has a high technical level. 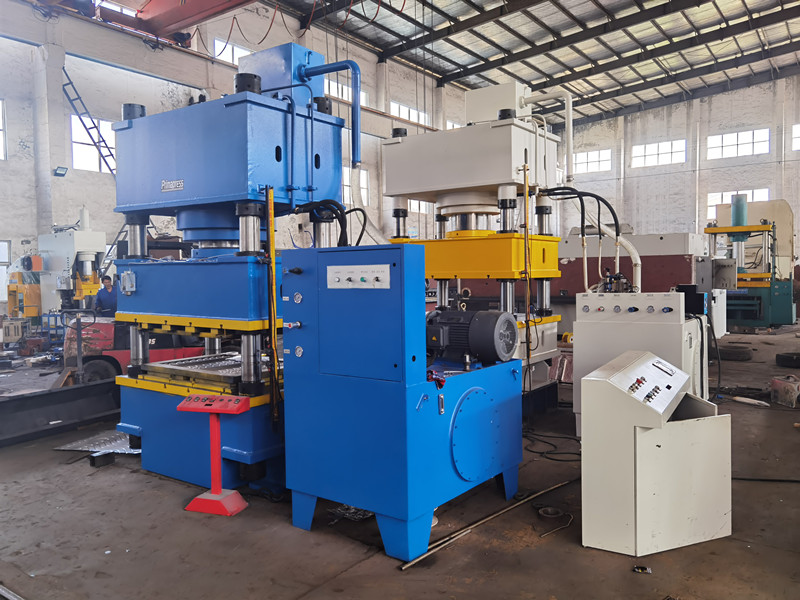 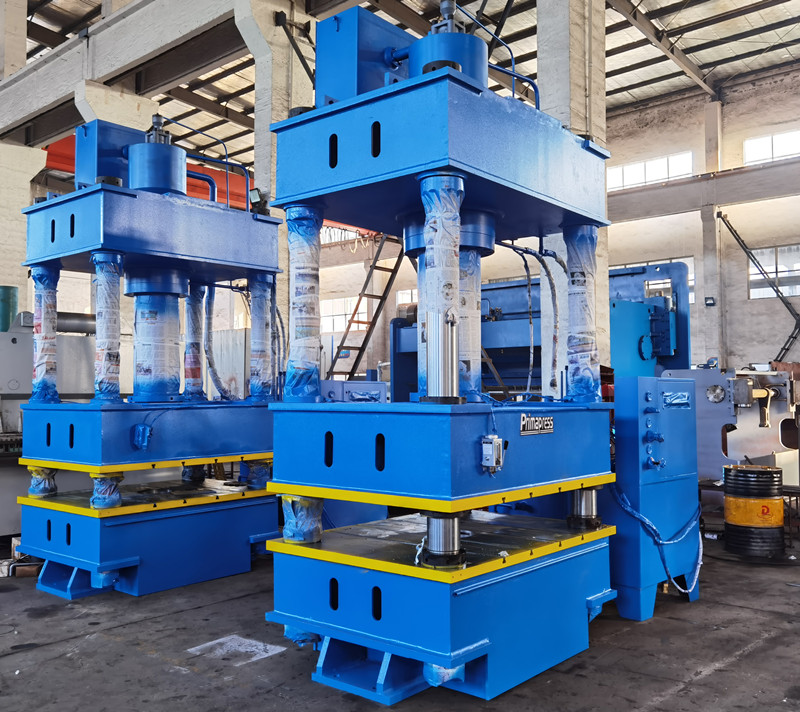 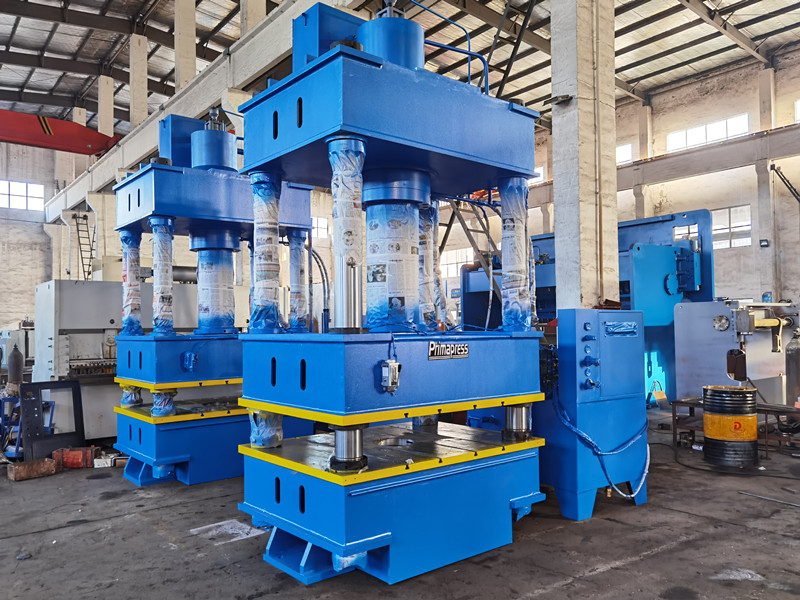 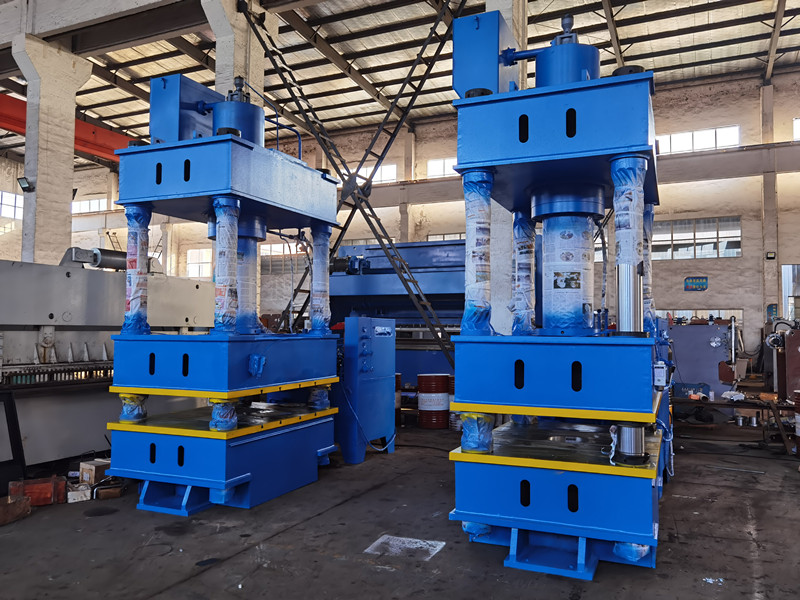 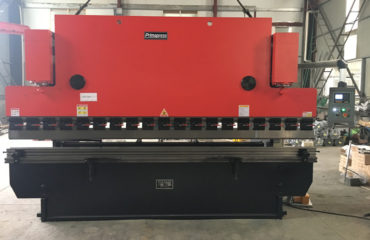 Buy Hydraulic press brake bending machine in addition to the price, what is also important? 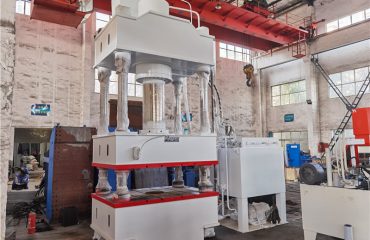 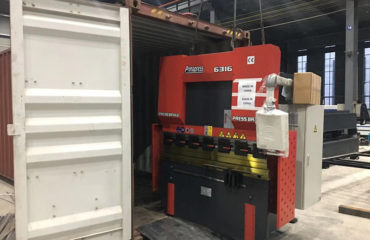