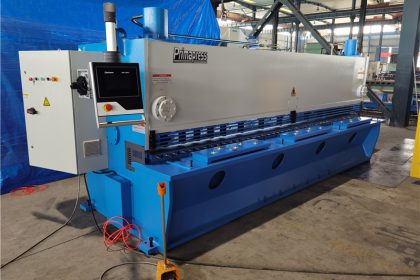 The main components of the CNC hydraulic plate shearing machine for sheet metal are: frame assembly, upper tool rest device, lower tool rest device, pressing device, shearing edge side clearance adjustment, pressing device, etc. Due to the introduction of the hydraulic system, the electrical performance of the equipment has been improved and the automation level of the equipment has been improved. It has the characteristics of simple operation, high reliability and convenient modification of process parameters.

(2) Upper tool holder device: It is mainly used to fix the upper blade, and it moves up and down along the slideway in the frame under the drive of the hydraulic cylinder to complete the shearing action. The upper scissor blade is closed on the upper knife box through the bolt handle, and the upper knife box is fixed on the upper knife frame through the locking cylinder, which is clamped by the spring and released hydraulically. A hinged double parallelogram mechanical synchronization mechanism is arranged between the upper tool rest and the upper beam of the frame. The two shearing cylinders are respectively installed on both sides of the shearing machine frame. The two sides are connected with spherical surfaces, and the two shearing cylinders simultaneously drive the upper tool holder equipped with the upper shearing blade to move up and down in the frame equipped with bronze and steel lining plates to complete the shearing.

(5) Pressing device of metal plate CNC hydraulic shearing machine: in order to prevent the steel plate from moving during shearing, and to improve the quality and geometric accuracy of the shearing section, a hydraulic pressing plate device is installed in front of the frame of the cutting and shearing. After the sheared steel plate is transported to the position to be sheared, the hydraulic cylinder presses the pressure plate on the steel plate, and the shearing mechanism cuts the steel plate.

CNC shearing machine has self-diagnosis function, which is more convenient for customers to operate

The principle of hydraulic valve of CNC shearing machine The function of the collector valve is opposite to that of the diverter valve, so that the flow into the collector valve is distributed proportionally. The speed control valve can keep the pressure difference between the inlet and outlet of the throttle valve as a constant value when the load pressure changes. In this way, after the orifice area is adjusted, no matter how the load pressure changes, the speed regulating valve can keep the flow rate through the throttle valve unchanged, so that the movement speed of the actuator is stable. The diverter and manifold valve has both functions of diverter valve and manifold valve.

(1) Relief valve: It can control the hydraulic system to maintain a constant state when it reaches the set pressure. The relief valve used for overload protection is called a safety valve. When the system fails and the pressure rises to a limit value that may cause damage, the valve port will open and overflow to ensure the safety of the system.

The CNC system of the CNC shearing machine adopts the latest control technology, which can flexibly control the back gauge of the shearing machine, and at the same time, there is one axis left for the user to choose. Support servo motor, two-speed motor and frequency conversion control for users to choose. Adopt built-in PLC technology to reduce the dependence on external electrical devices and hardware failure rate, improve economic benefits; intelligent error reporting system, self-diagnosis function, fault display function; the man-machine dialogue interface of the numerical control system makes the system operation and data input more convenient ,easy to understand. The operation warning system of the intelligent diagnosis program can correct the misoperation of the operator in time; the large display and high-definition blue display are more convenient to use, operate and program. The programming interface has two functions of calling and programming, and there are 320 programs for users to use . 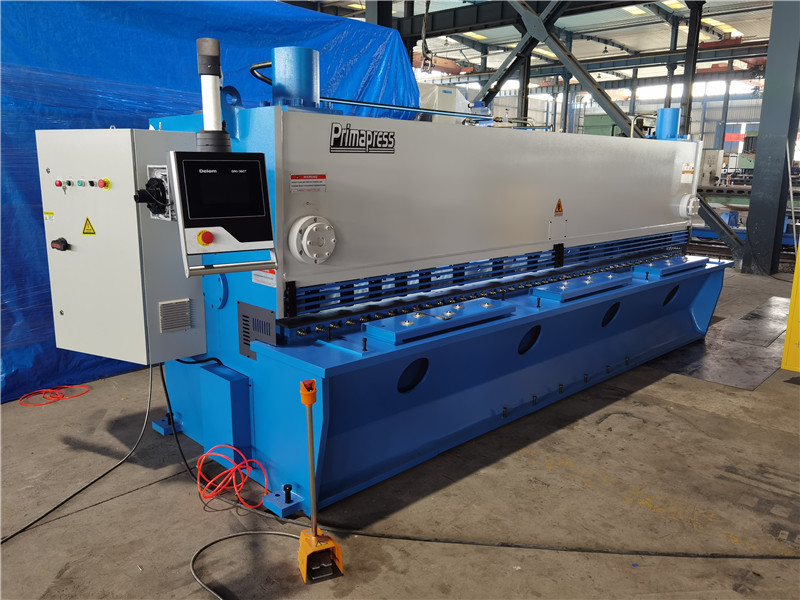 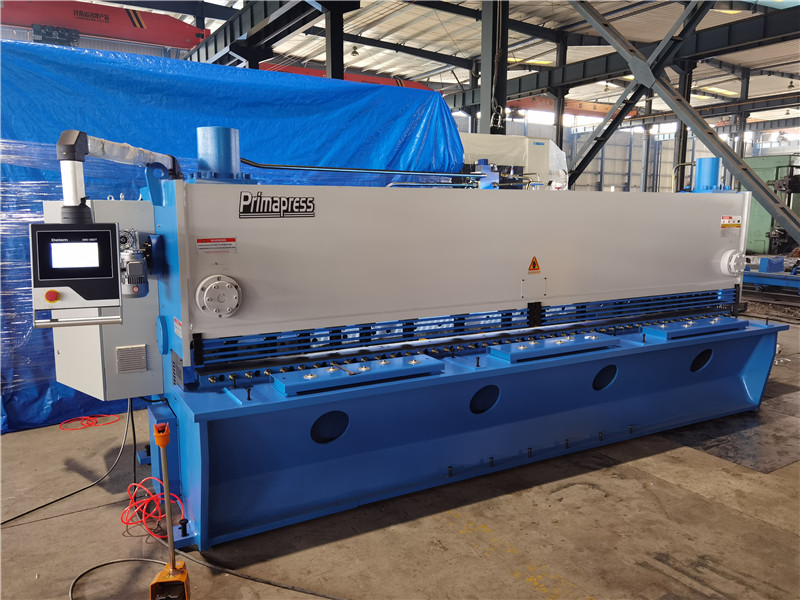 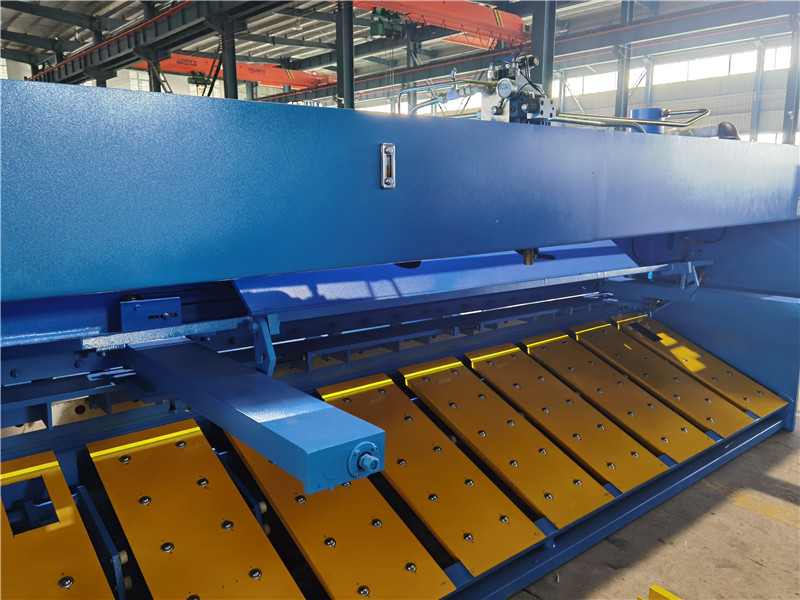 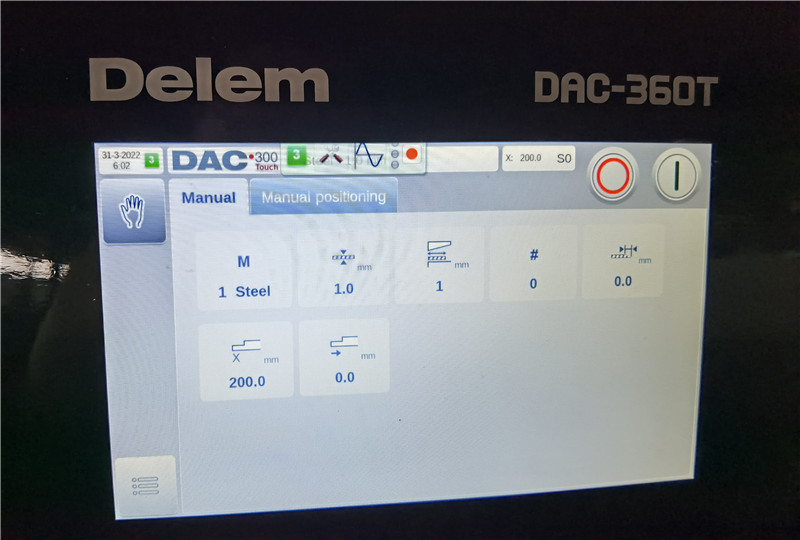 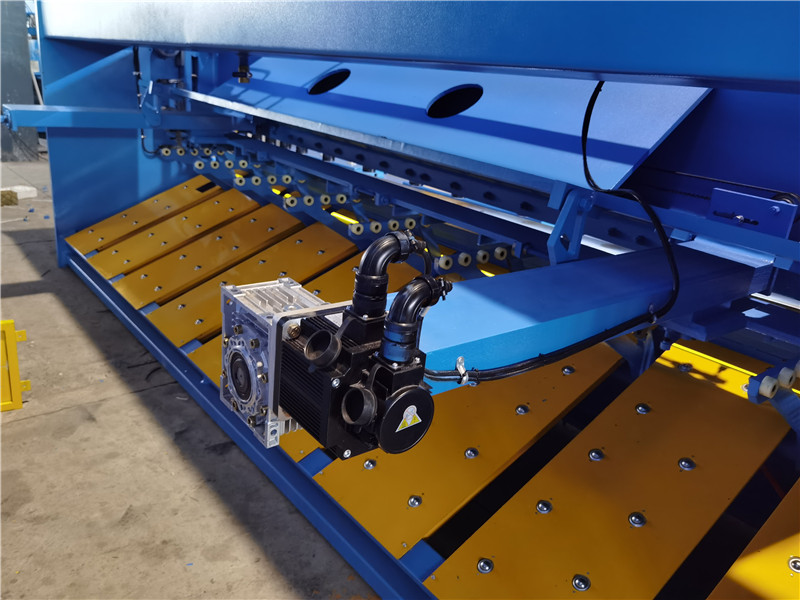 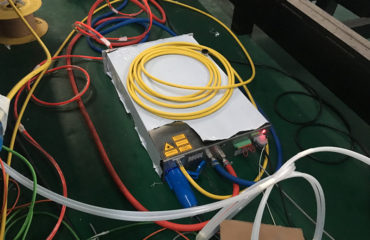 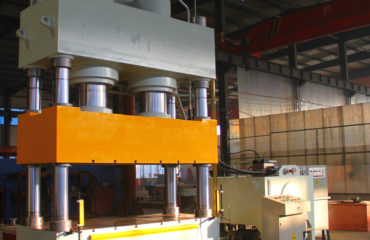 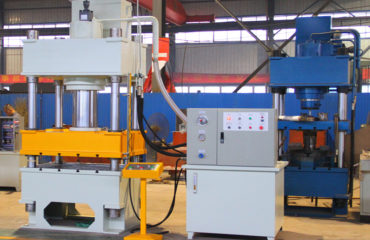